More curly questions about democracy come in from people who have heard of my passion for fixing government; here is another and the response made. 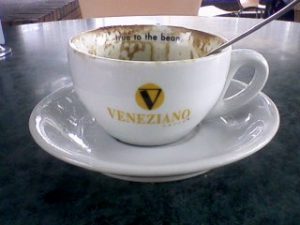 I have no doubt that you and others have had to deal with this question many times in the past.
And it is a question that history shows cannot be avoided. In my lifetime I have chewed over this dilemma so many times, particularly of recent times when I have been reminded of  events that happened in my lifetime from media references.
https://theconversation.com/why-tyranny-could-be-the-inevitable-outcome-of-democracy-126158?utm_
Professor Lawrence Torcello poses the question but avoids providing a solution. Perhaps he was constrained by the allowed length of the post. Adolf Hitler, Mussolini and, as mentioned in the text, many others were brought to power by democratic voting systems. The evidence is overwhelming and is one of the reasons I support (in principle) the idea behind the electoral college. The exception being that there must be an even better way for countries with small populations. I would be interested in your views, if you have the time.
Well, of course I had time:

Democracy in political science terms is a slippery concept without one agreed definition. Torcello is using one version of the word that he uses very generically.

Assuming we agree that he is talking about the western representative form of democratic government, then one part of that assumes that the representatives are chosen by election. It is what some have referred to as an electoral oligarchy, where the role of citizen becomes to choose one of a member of the elite to represent them and their interests. This form of governance evolved in Britain and was adopted with various additions in other European and colonial nation states, with imports from classical Rome. The key features as discussed quite openly by the USA Founding Fathers was how to keep the uneducated out of the decision making processes. In the 18th and 19th centuries, this meant the poor.

It should be noted that historically election is only one way to select representatives. Sortition is another option. But the outcome, of having representatives in a parliament making decisions about policy and law on the citizens’ behalf is the same. Using elections makes it an electoral, representative democratic model of governance.

It is also true that Hitler, Haclev and Trump and Johnson were elected by the citizens in their respective countries in a nominally representative government system. The problem is that if we frame democracy only as elections, then that makes it look like democracy is failing. But two things affect this false position.

Firstly, the idea of good governance underlies any discussion of a government system. Good governance, as several of the commentators on the Conversation article point out, is the idea that there is a rule of law, separation of powers between different arms of government, control of corruption, people often include free and fair elections, a free press, a fundamental level of human rights, and so on. Whether democracy is better at delivering good governance versus other governance types is an open discussion (and still complicated by the definition of democracy one is using, such that the type of democracy, and in an electoral representative democracy, the type of election process one uses, all have a bearing on societal outcomes). It is nearly impossible to reduce this to a simple yes no output because of the complexities involved. The literature (I realise your response to this might be that this is produced by academics, but in the scheme of things using a scientific method that collectively allows us to understand better and know more produces better knowledge) suggests that a well functioning, democratic form of governance tends to produce better collective outcomes for the citizens over a longer period of time, and proportional rather than majoritarian electoral systems better collective outcomes.

The second thing is that by focusing on the weaknesses of a democratic system and the fact that it can be manipulated is not really helpful. Being aware that any system of governance has weaknesses, the response should be not to dump or bag it, but to work harder to strengthen it and make it work in everyone’s common interests. Churchill’s aphorism makes sense in that the rule of law, reduced corruption, the possibility of real citizen participation, human rights being upheld, etc. are more likely to happen in a democratic governance system. Having good governance is in every person’s and the planet’s interest.

Democracy of course does require an active citizenry who are prepared to play their part. Our current political system has alienated many and they are responding in a range of ways, from option out or by participating differently. Scott Morrison’s ‘quiet Australian’ in that such a person exists at all is an unknowable since they are by definition quiet and unheard. So we don’t know where on the scale of engagement – disengagement they really sit. We do know that lot’s of Australians think politics can be done better and should be done in their interests. That people take an individualised, neo-liberal informed approach to this is not the fault of a democratic form of governance but of other forces that have been at work. That we have been slow to pick up on these and see the need to strengthen good governance cannot be laid at democracy’s feet.

So the dilemma isn’t real. What is real is the need to defend and strengthen those forms of government that will allow citizens to participate meaningfully in collectively building a society that they want to live in.